Take a look at the new Ariana event venue in Vienna

Vienna has opened a new, smart event location: Ariana is located in the 22nd district and offers six individually combinable event areas for conferences, congresses, trade fairs, corporate events, and private parties. The event spaces occupy a total of 1,300 m² and are suitable for functions ranging from 100 to 500 visitors. The light-drenched architecture of Armin Daneshgar and the spacious outdoor areas, some of which are covered, provide the ideal setting for every occasion. Apart from a divisible banqueting hall (675 m²) of seven meters in height and a modular space concept, the plans also include a lobby (450 m²), a VIP lounge (136 m²) and two covered forecourts (350 m² and 450 m²) for receptions and break-time chats. According to managing director Andrea Czernin, Ariana will "create a modern place to meet in Vienna's most modern district."

The new event location in Seestadt Aspern, one of the largest urban development projects in Europe, is perfectly connected by subway (about a 20-minute ride from the city center on subway line U2). The high-quality technical facilities and infrastructure of Ariana include lighting equipment with real-time control and full-area playback in a room height of seven meters, sound with acoustics developed by the sound engineering team of the Vienna Boys' Choir, perfect acoustic insulation, and a precisely controllable indoor climate. The topic of security comes high in the scheme of things: the event spaces enable compliance with the latest hygiene standards; consideration has also been given to the safe planning of visitor flows and the increased need for space in all ancillary rooms. An ultramodern ventilation system with special filters ensures healthy air inside the complex.

The nearest overnight accommodation is just a three-minute walk away from the new location – and is also very innovative. The Dormero HoHo Wien Hotel is located in one of the world's first wooden high-rises. The 24 stories of the ground-breaking building soar 84 meters into the sky. – A landmark of modern Vienna.

City of the 21st century

The location of the new event location Ariana, Seestadt Aspern (also called aspern Seestadt), is a highly ambitious project on Vienna's urban development agenda. No less than the city of the 21st century will arise here in several phases on an area of 240 hectares – a combination of living and work, green and urban, high standards of quality, and room for individuality. On a site on the city's north-eastern edge, roughly equivalent in size to Vienna's 1st district, a new, multifunctional district with apartments, offices as well as a commercial, science, research and education quarter has been growing since 2009. At its center is an almost five-hectare lake from which the new district takes its name.

What makes Seestadt special – apart from the extensive landscaped and open areas – is its diverse use. It is intended to be a place with everything representative of modern business, work, and private life. By 2030, Seestadt Aspern should be home to 20,000 people and create 20,000 jobs. Since 2013, subway line U2 has been running directly to the city center. The starting gun for the first 6,000 residents in 2,600 homes was fired in 2014.

The new district is also an Urban Lab of Smart City Vienna, a place where new ideas, concepts, and technologies can be tested. The first building to open in 2012 was a Technology Center, which is being expanded in several phases and currently offers 14,000 m² of space for companies in the innovative technology sector. It is a Plus Energy building that generates more electricity than it consumes when fully occupied. Apart from numerous innovative companies, the noteworthy Smart City project ASCR (Aspern Smart City Research) has moved into the Technology Center. ASCR takes real data from the urban development area and works on solutions for the energy future in the urban environment, making it Europe's largest and most innovative energy research project. Research fields include smart charging stations for electric vehicles, the intelligent interlinking of buildings, networks, and markets, and climate-friendly underfloor cooling. "Green House" is the world's first Passivhaus-Plus student hostel, a smart building that generates its own electricity.

The Seestadt Urban Lab is also involved in the megatrend of autonomous driving – in this case in the field of public transport. Since June 2019, two self-driving electric minibuses have been undergoing tests (still with operators). The auto.Bus route from and to the Seestadt subway station is around two kilometers in length.

And Seestadt Aspern is notable for another reason: it is feminine. Roads, squares, and parks are named almost exclusively after women. Among the name-givers are the rock icon Janis Joplin, the renowned architect Zaha Hadid, and the first African winner of the Nobel Peace Prize Wangari Maathai – as well as Astrid Lindgren's heroine Pippi (Longstocking) Langstrumpf, after whom the park is named. 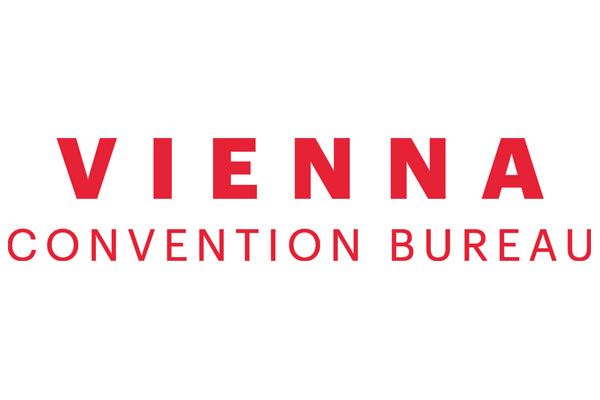 Welcome to Meeting Destination Vienna Vienna impresses with its excellent (meeting) infrastructure, short distances, reliable standards, high service quality and an outstanding range of art and culture. The city combines tradition and modernity - historical flair in a smart and livable city that is constantly evolving. Close to 50% of the city is accounted for by green spaces, making the metropolis the greenest city in the world.