IFEMA MADRID took over the management of the Palacio Municipal de Congresos in 2019, more than 200,000 professionals have attended the more than 100 events which have been hosted in this economic architectural landmark in Madrid.

IFEMA MADRID has made major improvements and renovations to the Palacio Municipal since it took over its management, making a hefty investment of more than 5 million euros to renovate and upgrade the facilities, improving both the infrastructure and its connectivity.

Improvements have been made to the infrastructure, such as waterproofing the roof of the building with the EPDM system with RMA to protect the material from corrosion and improve water drainage; a total of 1,812 seats in the Auditorium have been replaced with Avantgarde upholstery by Euro Spardling and solid beech arms and backs; and the stage rigging has been enhanced with four new truss lines and new control switches. In addition, all the emergency lighting has been renewed with LED technology, the uninterruptible power supply system (UPS), as well as the installation of a new capacity control system in the different areas.

Regarding the connectivity improvements, during the almost four years of it has been managing the facility, IFEMA MADRID has been rolling out 6th generation Wi-Fi connectivity throughout the Palacio Municipal, which now has one of the fastest networks on the market with Cisco 802.11ax technology. This technology reduces latency by up to 75%, as well as interference, improves data transfer rates by around 40%, and uses up to 66% less electricity than older technology. The emergency public address system has also been upgraded to allow different messages can be broadcast simultaneously in different areas to allow safe, properly controlled evacuation, ensuring compliance with European standard EN 54.

IFEMA MADRID has allocated an exclusive, specialised team to produce large-scale events at the Palacio Municipal, effectively promoting and managing the venue to make it profitable and competitive.

All this has enabled the Palacio Municipal to position itself as a multi-purpose, technologically well-equipped space, allowing it to host important national and international events during these four years, such as the Assembly of the European Interparliamentary Union, the Harvard - World Model United Nation event, Terradata Universe, and the Forqué Awards for Spanish cinema, among others. What's more, the excellent acoustics in the main auditorium make it an ideal choice for intimate concerts and shows, which has been used by performers such as Ricky Gervais, Manolo García and Les Luthiers, among others.

In the coming months, IFEMA MADRID will host several major conferences that have booked the space, such as the National Environmental Congress (CONAMA) and the TIP Summit 2022. 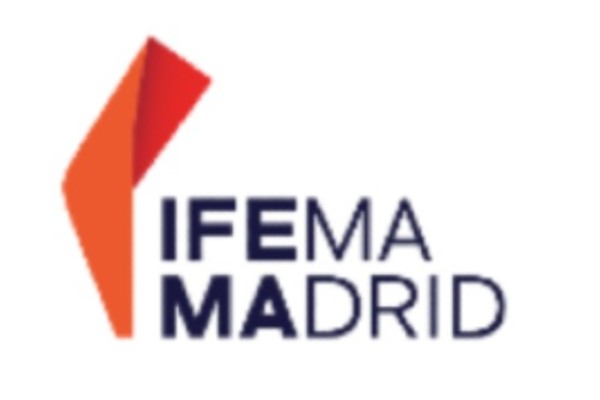 IFEMA offers its well-known North Convention Centre, the Exhibition Halls and since January 2019, IFEMA Palacio Municipal. The metro station Feria de Madrid is right close from both venues. Distances to the city centre are short. The venues are easily accessible via roadways and by taxi Madrid International Adolfo Suarez Barajas Airport is just 5 minutes away and to Chamartin and Atocha train stations rides are 10-20 minutes. IFEMA Palacio Municipal offers an Auditorium for 1800 pax, a multipurpose space for exhibition and catering and additional 30 rooms from 25 to 350 pax. IFEMA Fairgrounds: myriad spaces with infinite possibilities: 12 Halls, 85 Rooms, 2 Auditoriums and 2 Catwalks.