Entering the Association Awards is easier than in previous years, with shorter nomination forms, better structured entries in each category and easier submission via the Pixl8 online platform.

Whether you’re planning to nomination yourself, a colleague or a project, here are five tips to write your best awards nomination:

1. Be mindful of the structure of your entry

All nomination forms for the Association Awards are divided into sections and include a few questions for you to know what information to provide. However, there are some longer sections where it is useful to use headlines and bullet points in your answers, to make it easier for you to emphasise certain aspects and for the entry to be easier to read later.

2. Back your claims up with data

Data is always going to back your entry up more strongly than anecdotal information. Even if the data is partial, for instance when the reporting for a project isn't yet finished, or when it hasn’t been thoroughly collected, it’s still better to include some data instead of none.

The obvious places to take data from are Google Analytics, reports from your mass mailing system, reports from your CRM, reports generated by the social media platforms you’re using. Adding a few screengrabs to your nomination and explaining them in 1-2 sentences is enough to back up your entry.

Feedback comes in different formats – it does not have to be a testimonial for a person or project or a recommendation percentage or comment received via an evaluation form. While these are valuable and useful to have, social media posts and comments, messages received via a mobile app or thank you emails can also be used as feedback in a nomination form.

Even if you’ve filled in the whole entry, don’t submit it right away, let it be on your mind for a while. Whether you’re nominating yourself, a colleague or a project, returning to your nomination after focusing on something else, with fresh eyes, will likely help you spot sections where you can organise the information better, you might want to add more details or shorten the copy.

5. Ask someone to proof-read your entry

The benefits of someone else reading your entry are twofold. Firstly, if there are any typos or words misspelled, these mistakes are going to be corrected. Secondly, a person who is familiar with the entry could add to the content of the nomination or, if the person has no knowledge of the subject in the entry, their feedback will be more objective.

Best of luck with your nomination(s)! 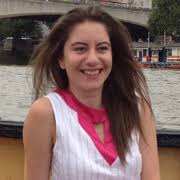